What are you looking for?

FROM HUMBLE TO NOBLE

FROM HUMBLE TO NOBLE

It was around 250 years ago when caviar had its peak consumption, they say. Not in that luxurious world of today but in the everyday lives of people. As it turns out, there were times when everyone could afford to indulge in caviar, not even considering it as an indulgence but a simple joy.

In fourth century, Aristotle already praised caviar for its taste and medicinal properties. According to Inga Saffron’s book Caviar: The Strange History and Uncertain Future of the World’s Most Coveted Delicacy, in the 12th century in Russia, caviar was consumed by the working class as the cost of it was around the same price as butter; only in the 17th century did Russian tsars praised it so highly that all the best caviar was reserved for royalty. This continued in 18th and 19th centuries, too. In the middle ages, British royalty indulged in caviar so much that all of it was reserved only for them.

In the 19th century, there was plenty of sturgeon in the rivers of America, and  in some of the more luxurious salons, it was served for free (like peanuts in cheaper places) – all for the sake of increasing alcohol consumption.

As with everything that is widely available and popular (and given for free), there comes an end. With caviar, it happened around the beginning of 20th century, when populations and consumption grew, so caviar was no longer given to increase drinking but became a luxury available only in higher class salons, taverns and restaurants. At least in America, it started to become a luxury. In France, this happened a bit later around 1950s when the number of sturgeon in the Gironde River decreased so rapidly that something had to be done and France had to react. Not long after, France was the first country in the world to produce caviar from fish farms, not the wild.

By the second half of the century, prices in the world were so high that it was a treat only for the rich to enjoy. The rest of the caviar lovers switched to roe of many kinds such as beluga, osetra and baeri that were widely available from the Ural Mountains to Caspian Sea but they too were rapidly disappearing: in 2008, it was banned to catch them for roe. Farms became the only sustainable way of producing caviar, and they did – all over the world. Finally, farms that already grew sturgeon for caviar saw success as the investment started to pay off. Rapidly.

And we do have to remember that, although caviar was eaten all the time up until the late 20th century, that happened in the home. Just like that with a spoon, maybe by hand with bread and butter, or on blinis and many other ways, but always at home. It is thanks to Jacques Nebot in the 1970s that caviar was finally served in restaurants in France and all over the world, mixed in gels, sauces, and spooned on purees and scallops. 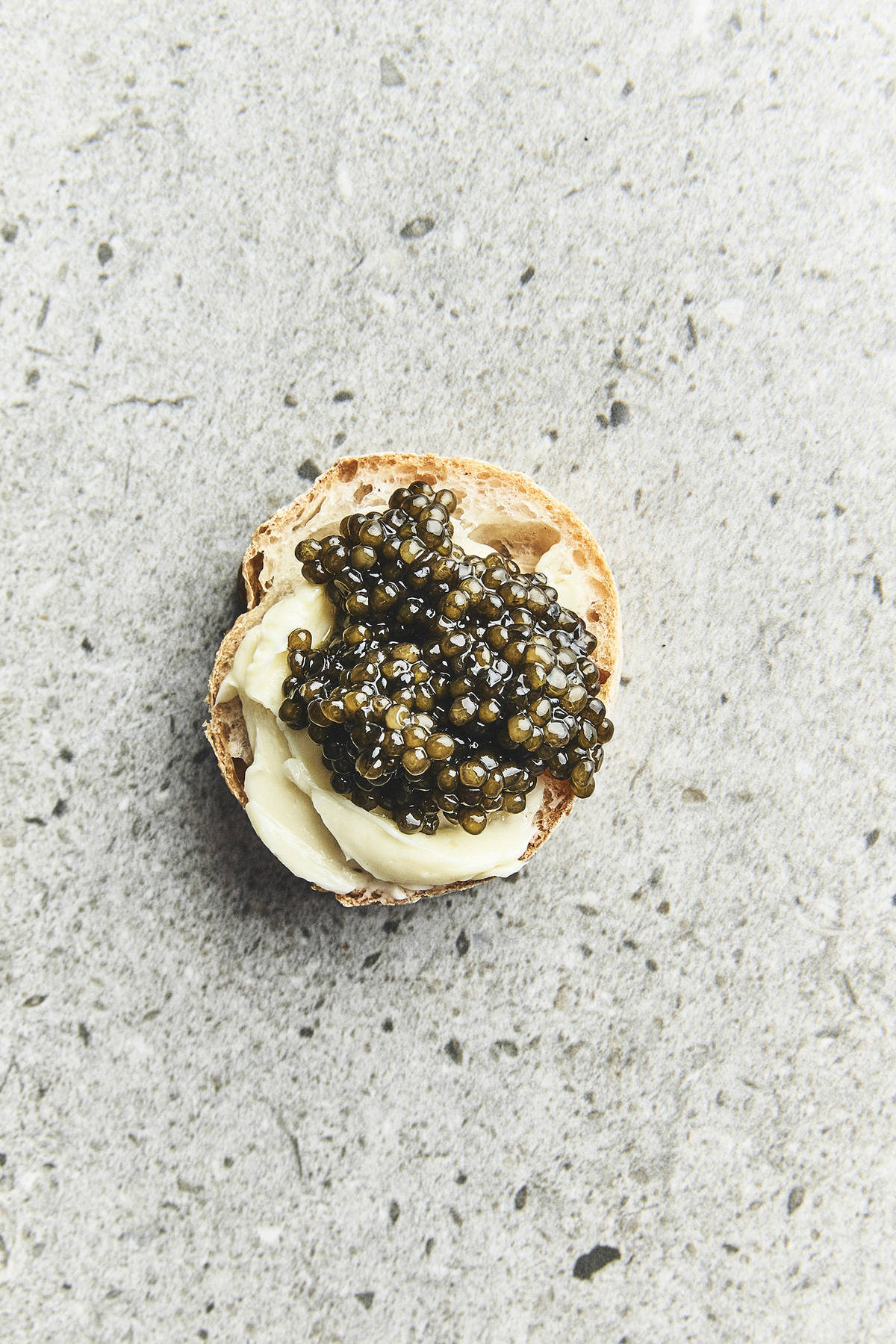