What are you looking for?

People often wondered what is caviar and what is roe. Well, they are almost the same, yet it would be very rude to call caviar roe and impossible to call roe caviar. Yes, every caviar egg is roe, but not all roe is caviar.

Caviar comes from medium to large (10–15-year-old) sturgeon and has been a treat for centuries. Sturgeon have been swimming in the cold waters of the Northern Hemisphere for over 250 million years. Most often they are found in Caspian Sea where the shore is shared by Russia and Iran (two of the biggest producers and distributors); it is also available in large lakes in Europe, the Pacific Northwest and the Black Sea.

Although we like to believe that the name “caviar” came from Russia or maybe even from France, it is actually Persians who named the little sturgeon roe caviar “cake of power” because of its significant nutritious properties. And we have to remember that the salting method of caviar came from China where carp roe had already been salted for centuries.

In short, caviar is female sturgeon eggs before fertilization, which are harvested (in traditional or untraditional ways) and salted. That indescribable combination of roe and salt (roe of sturgeon only) becomes caviar, a delicacy that has been enjoyed for long time, at least since modern times.  And believe me, once you have tasted it, the answer to the question “why” it is that good lies only in the taste and texture you just indulged in.

There are ways of preserving those precious pearls. Lots of salt and additives but the most common and praised of all techniques is the malossol method. Malossol is low-salt curing, which means shorter shelf life but a much grander taste and experience. It is the method to choose when looking for caviar as only in this case can you feel the true taste and subtlety of the roe itself.

There are around 27 species of sturgeon; only 12 are used for caviar, and only three of them are THE ones that any self-respecting caviar producer would use – beluga, ostera and servuga.

Beluga – the largest freshwater and second largest boney fish on the planet is the king when it comes to caviar. Considered the best by the tsars centuries ago and most caviar lovers nowadays, it still is one of the most praised species for caviar.

Osetra – the second most known caviar in the world from Russian sturgeon family (Acipenser gueldenstaedtii). The medium size of the fish is compensated for by larger eggs resembling amber golden pearls and a fantastically nutty taste.

Servuga – smaller and softer caviar that was considered to be the third most popular and left to the lesser aristocratic part of society. But rumors had it that even the most aristocratic of aristocrats could not resist these little pearls of rich sea taste.

Sterlet – although not even close to the top three of the world renowned caviar types, it is enjoyed by those who love oily and fatty notes and mild flavours. It comes from a small sturgeon, a Eurasian native.

Kaluga – very close to Beluga, this sturgeon is known as “River Beluga” because it comes from the enormous Amur River and offers eggs similar to the Beluga, but never the same. 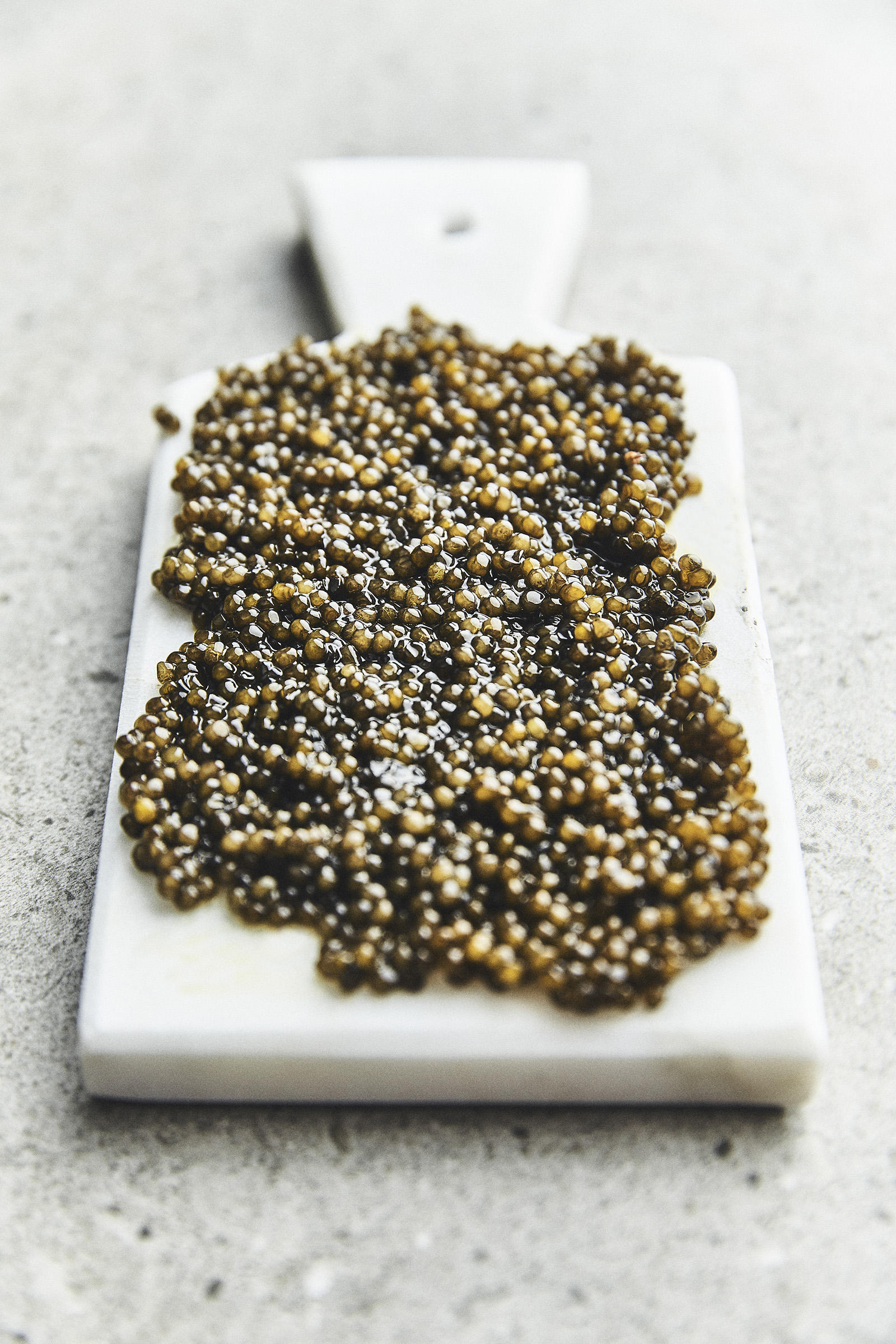